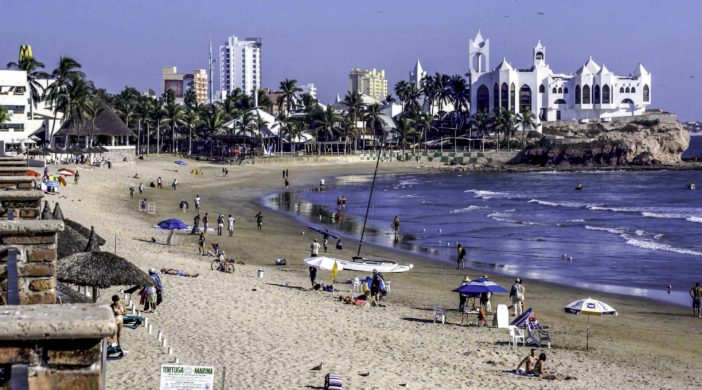 MAZATLÁN – Life moves smoothly along the shores of this Pacific coast town. Sunbathers take their cue from the pelicans lazily coasting along inches above the waves. This “Golden Zone,” as it is called, is not much different from a resort beach anywhere in the world. But visitors who rouse themselves from the sand to take a trip to the city center find something very different. There, among the pastel-colored buildings, narrow streets and shaded plazas, is a Mazatlán that still has the atmosphere of a Spanish colonial town. One ancient square in particular evokes a compelling story of triumph and tragedy which took place a century and a quarter ago.

The Plazuela Machado was the scene of a dramatic public appearance and the heartbreaking death of one of the world’s great operatic sopranos. Born in 1845, Ángela Peralta was not considered an attractive child, and she first worked in Mexico City as a servant girl. But it was soon discovered that she was blessed with considerable musical talent. She learned the piano and the harp. But the Mexico City elite were most impressed with Peralta’s truly angelic voice.

They financed her studies in Italy, and, while still a teenager, she drew enthusiastic crowds in her home country and later in the best operatic venues in the United States and Europe. She became known in New York and London as the “Mexican Nightingale” because of her beautiful voice and feisty personality. She garnered award after award for her performances. She also won acclaim as a composer.

Peralta left public life for a time during a brief, unhappy marriage to her cousin Eugenio Castera that ended in his death in a mental institution. But her talent flowered anew when the young widow returned to the stage in 1871. She soon established her own opera company, aided by her manager and lawyer, Don Julián Montiel y Duarte. In due course, Peralta and Duarte fell in love, and their sordid affair shocked conservative elements in Mexico City. The same audiences who once had praised her now turned against her with a vengeance.

When these influential opera fans were unsuccessful at destroying her career, they hired hecklers to interrupt her performances. Notwithstanding, Peralta continued to be adored by more tolerant elements elsewhere in Mexico, and she vowed never to sing in the capital again. At 38, she began what turned out to be her final tour. One of the company’s first dates included a fateful performance in Mazatlán.

The ship carrying Peralta, Montiel y Duarte and her entire opera company arrived at the port of Mazatlán on Aug. 22, 1883. Enthusiastic crowds gathered at the docks and then joyfully accompanied her and her troupe until they reached the Plazuela Machado. She gratefully rewarded her fans by appearing on her balcony at the Hotel Iturbe, overlooking the plaza. The excited crowd grew silent only when Peralta raised her hand and began to sing. The song which reverberated over the plaza was “La Paloma,” a traditional refrain that is still popular today and one whose Spanish lyrics celebrate the triumph of love over death. It proved to be a prophetic choice. Unknown to anyone, a crew member of Peralta’s ship had come down with a case of highly contagious yellow fever, and had spread the infection ashore in Mazatlán.

Last Song in Mazatlán: In the theater next door to the Hotel Iturbe, the opera company had already began to rehearse Verdi’s “Il Travatore,” but their performance was destined never to be heard. Before the opera, the Mexican Nightingale and nearly all members of her company, along with a considerable number of townspeople, fell ill and died, a result of a sudden epidemic of the disease for which neither cause nor cure was then known.

Among the survivors was Montiel y Duarte. The apparently distraught manager quickly arranged to marry Peralta on her deathbed in Room #10 of the Hotel Iturbe. Some said it was to preserve her good name. Others believed it was to solidify his legal claim on her company. Eyewitness accounts of the scene also vary. But when the time came for his bride to give her assent to the marriage, she was fully unconscious, and perhaps already dead. One of the surviving members of her opera company apparently assisted with the “I do” by holding her head and gently nodding it when the question was asked. Another version said her assent was actually voiced by a woman hiding under the bed. 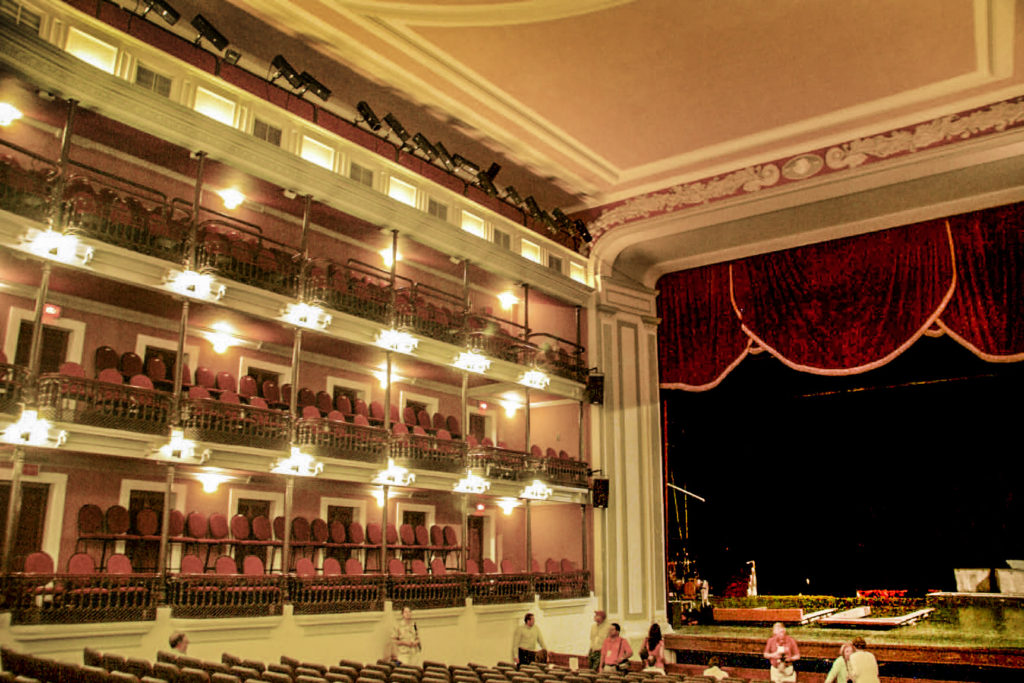 Today, Mazatlán’s Hotel Iturbe has been converted into the city’s Municipal Center for the Arts. Next door is the stage where the diva was to have performed, now refurbished and renamed in her honor as the Ángela Peralta Theater. The theater continues to play an active role in the cultural life of Mazatlán.

Walking tours of the city frequently include a visit to the theater, along with other historic sites, art galleries and popular sidewalk cafés. One museum, the Casa Machado, provides a view overlooking the square. It also features photos and other mementos of Peralta, recalling Mazatlán’s sad role in the final appearance of the Mexican Nightingale.

4 thoughts on “Last Song in Mazatlán”