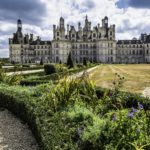 Story and Photos by Libor Pospisil. The Loire River passes slowly through Amboise. The old houses, the stony bridge, and, above all, the stunning Renaissance chateau on the cliff create an outrageously harmonic scene. Amboise is one of the small towns in the Loire Valley, the cultural region about three hours south of Paris. It attracts millions of visitors every year for its chateaus, wines, and bike paths. But the bucolic vibe of the Loire Valley, made up of calm waters, mild hills, lush forests, and golden fields, should not deceive our eyes. This is not a provincial outpost. Modern France emerged right here.  At the end of the 15th century Paris lacked its current grandeur and the small village of Amboise witnessed more than its fair share of historical events, including royal births, weddings, and deaths. No wonder the Loire Valley was named a UNESCO World Heritage Site.

Slow and Easy for a Barge Cruise in Burgundy 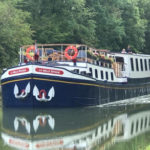 Story and Photos by Jacqueline Harmon Butler. Taking things slow and easy was Tina Turner’s advice in her song “Proud Mary.” Well, I’m taking her suggestion these days and the idea of a “slow and easy” barge cruise along the Northern Burgundy Canal on European Waterways barge La Belle Epoque sounded perfect. La Belle Epoque, built in 1930 to mainly carry lumber, is a barge of the Belgian spits category. Completely renovated in 1995, she currently cruises on the Burgundy Canal in central France.

Stepping out Solo in Paris 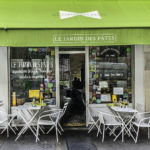 Traveling alone for a woman affords multiple advantages: she meets people she would never mingle with when traveling with a companion, she depends on herself for all decisions from where to hang her hat to switching itinerary mid-trip, no discussion. There are small courteous conversations that erupt spontaneously over a painting, the weather, politics and this summer over the World Cup.  Yet, when lunch or dinner time arrives, what comes to mind is clinking glasses of wine, romance, toes touching under the table, or starry-eyed couples in love. 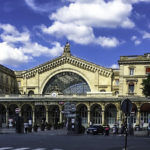 I’m often miffed that tourists prefer air to train travel once inside Europe, especially in Paris with its beautiful Parisian train stations. Typically, airports are a goodly distance from city centers, expensive by taxi, and oh la la, those airport lines. My preference whenever possible is train travel, not simply for the high-speed trains, which don’t exist in the United States, but also for the history and intrigue of the actual stations . Since I park myself in Paris every summer, I’ve discovered Parisian train stations offer convenience, economy and art and have come to appreciate some of the most intriguing train stations in the City of Lights. 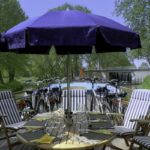 Story by Carol Canter with Photos by Jack Heyman

Floating by barge through France’s canal-laced countryside underscores the pleasures of dining on meals prepared from fresh locally-sourced ingredients. Our first lunch onboard the 8-passenger Anjodi made this abundantly clear. The buffet was no less than a delectable culinary map of the surrounding Languedoc region in the south of France, featuring a beautiful salade niçoise (from Nice) with red mullet; tielle – an octopus pie from the neighboring seaport of Sète; brandade de morue — a salt cod and olive oil paste; warm rocket, potato and mussel salad; green salad; and a pissaladière — a provençal pizza made with anchovies, olives and onions. 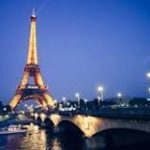 Ernest Hemingway called Paris a “movable feast,” and I have always agreed with him. On my last night in Paris, I decided to have my own movable feast—a progressive supper, with each course in a different restaurant. I wanted the restaurants to be within walking distance from one another, the last one near my hotel in the 6th arrondissement. I was feeling a bit lonely and disappointed that I hadn’t fallen in love with anyone this trip. I had already told my friends back home that this time I would meet that “special someone” while in Paris. Now, here I was, my last night in town, and still alone. 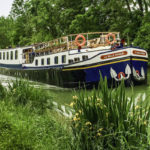 La Belle Epoque, European Waterways’ six-room floating boutique barge hotel, cruises the Burgundy Canal each week spring to fall between Tanlay and Venarey-les-Laumes. The 12 passengers who sign on will be taking a slow and sensual six-night journey from nowhere to nowhere. They could drive the same distance – 40 miles – in no time, but what illuminating and palate-pleasing experiences would be missed. For a cruise aboard La Belle Epoque is slow travel at its finest, a luxurious opportunity to explore the legendary landscape of Burgundy, France’s renowned wine region, as a staff of experts feeds your mind, body and soul.

My Dinner at Chez Didier 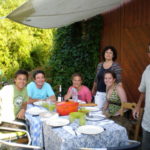 It’s never about food. It’s about the people who share your table, who invite you into the beautiful blessing of friendship, the profoundly social urge to share, a small mitzvah of psychological well being. I didn’t fully grasp this concept until I moved to France; and even then, my American habit of adamantly requiring advance notice in lieu of spontaneity dictated dining, causing culinary chaos in my new marriage. “It’s not about the food; it’s the company,” my husband reprimanded. So, I shouldn’t have been surprised when my husband greeted me at the train station in La Rochelle, all smiles, a sack of mussels and an announcement: we would be having dinner in the backyard of our friend’s home, Chez Didier, for my birthday. “C’est pas vrai!” I quipped, eyeballing the mussels. 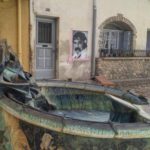 Story and Photos by Elaine Koerner

Spotted any new (or should that be old?) faces of late while strolling the streets of Céret in Southern France? Before you say no, here are a few more details. These faces are acrylic, and they make their appearance on walls and the sides of buildings scattered round the town center. The artist behind the faces prefers to be known only as FAS. “I am very proud of our artistic history,” explains FAS, who lives in Céret with his family. “I decided to create these portraits in tribute to a handful of the many painters and other artists who either were locals or else were drawn to Céret’s charms as visitors. My portraits include both well-known and lesser-known painters.” FAS has completed six so far, with three more in the pipeline. His portrait project got started more than a year ago after he received a thumbs up from the local town hall called Mairie in French.

Floating the Loire River Canal on the Renaissance Barge 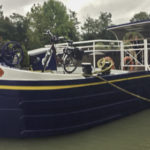 “Madame, would you like another glass of Champagne?” “Oh yes,” I replied with a smile, holding out my Champagne flute in one hand and taking another of the delicious tidbits being passed around with the other. We were welcomed aboard the Renaissance Barge by Captain Hadrien Famy and introduced to his crew of four which consisted of two hostesses, Dani and Nicole, chef.