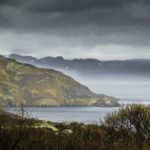 As an American I never really investigated my Swedish/Norwegian/UK heritage. That all changed after a spur of the moment decision to fly to Iceland for a week. My pre-trip research told me that Iceland was colonized about 870 AD by Ingólfr Arnason, a Viking from Norway. Why I wondered, would a family uproot itself from a stable comfortable home and set out on a 900 mile voyage in an open boat to a land of ice and snow. As a child of the nuclear-holocaust-be-prepared-60s, I always wondered what tools it would take to survive in a hostile world. 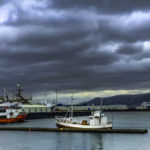 As our plane came in for a landing at Reykjavik Keflavik International Airport on Iceland I looked out over the rocky volcanic landscape onto the unforgiving North Atlantic Ocean. From my reading of Iceland’s maritime heritage, I knew Icelanders fished year round. As a sailor I knew that a man overboard in winter had about ten minutes before losing consciousness. Having taken a fair number of risks on the water myself, I wondered what it would take to get me out in January or February aboard a frail wood Icelandic boat. Sitting comfortably in my warm airline seat, I realized only one thing – survival.