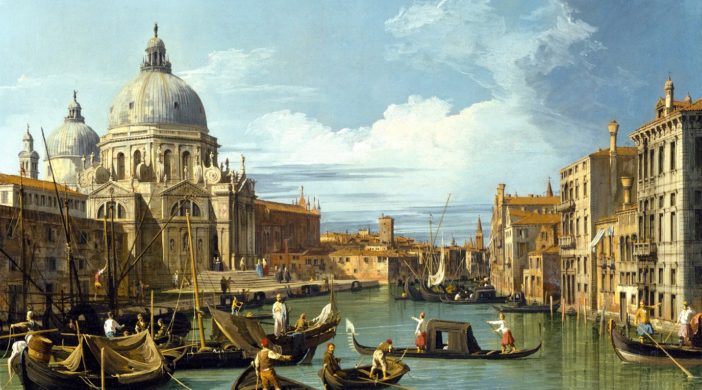 An intellectual, social and artistic enlightenment swept through Europe in the 18th Century that lasted a hundred years. In an exhibit entitled “Casanova, The Seduction of Europe” at The Legion of Honor in San Francisco, California viewers are offered a snippet of that world through 80 pieces of seductive sensual art with Giacomo Casanova as your guide.

Intriguing, and fortunate, risqué and devilish, Giacomo Casanova wore all these masks. To comprehend this legendary character, one must travel to mid-eighteenth -century Europe at a time when myriad ideas, philosophies and aesthetics crisscrossed Europe. It was a fertile environment where the curious and confident marveled at endless possibilities, and Casanova was no exception, in fact, he was considered an adventurer with an uncanny ability to charm every level of European society from kings to scoundrels; one of Europe’s most flamboyant charmers, a prodigious note taker who penned his exploits as a womanizer as well as unsavory chat, Casanova is the quintessential controversial anti-hero.  Many of his exploits would border on being scandalous and reprehensible today; yet he was also a multilingual intellectual with a candid, astute observation of 18th Century society that currently, might rival our celebrity and confessional culture seen on social media.  The exhibition follows Casanova’s footsteps from his native Italy to Paris, to Constantinople to St. Petersburg and across the English Channel to London.

Born in 1725 in Venice, Italy into a family of actors and musicians, Casanova acutely understood the importance of identity and masquerade. Venice, whose seat of trading power was descending from its prime into decline, is the city that shaped Casanova, and many pieces in the exhibition reflect this.  In Francesco Guardi, The Ridotto of Palazzo Dandolo at San Moisè with Masked Figures Conversing, the era’s mischievous and sumptuous grandeur prevail in the painting of a Venetian gambling establishment. The painting reveals the fascination with art and social mobility of its masked attendees.  Another highlight is the Fine Arts Museums’ own Thalia, Muse of Comedy (1739) by Jean-Marc Nattier. In the painting, Thalia holds a mask in one hand and uses the other to lift a plush velvet curtain and playfully invites us into the world of comedic theater.

Small figurines on display, include the familiar Harlequin in his checkered costume, portraying characters from the commedia dell’arte, a form of Italian theater that favored traveling actors.

The exhibit moves into the mythological realm with a painting by Louis Jean François Lagrenée, Mars and Venus, Allegory of Peace, 1770.  Love as a theme proliferated during the late 1700s and the painting of Venus, the goddess of love, and her paramour, Mars, god of war, doesn’t shy away from nudity or erotic themes, all of which were reflected in permissive thinking toward sex. It’s not all sex and nudity on canvas. The painting by Casanova’s Venetian countryman Canaletto set the stage for Casanova’s English interlude with Westminster Bridge, with the Lord Mayor’s Procession on the Thames (1747) depicting the newly completed Westminster Bridge.

In the final gallery, Houdon’s bust of Voltaire holds court with Pierre-Étienne Falconet’s Catherine the Great and by portraits of Jean-Jacques Rousseau and Benjamin Franklin, reflecting Casanova’s intellect, broad travels, and insatiable ambition. The exhibition laces together paintings, sculpture, works on paper, furnishings, porcelain, silver, and period costumes, and Rococo finery reveals the wealth and prestige of this time period.  A series of three tableaux – a masked interaction in Venice, a lady’s boudoir in Paris, and a night of cards in London illustrate the wealth and expansiveness of Casanova’s world in a time when travel was arduous and the distance long.  Some of the most important painters of the time, including François Boucher, Canaletto, Jean-Honoré Fragonard, and William Hogarth, round out the exhibition.  IF YOU GO: For more information on tickets, reservations and hours, go to www.famsf.org.